What is wiring for the patch cables?

What is wiring for the patch cables?

What is the wiring order for an 10/100/n-Base-T patch cable? What about a crossover (x-over) cable?

The information listed here is to assist network administrators in the color coding of Ethernet cables. Please be aware that modifying Ethernet cables improperly may cause loss of network connectivity. Use this information at your own risk, and ensure all connectors and cables are modified in accordance with standards. The Internet Centre and its affiliates cannot be held liable for the use of this information in whole or in part.

A patch cable is a general term for cabling that connects two electronic devices to each other, typically in a network. These devices might include computers and other hardware. Patch cables are also used to carry telephone, audio, and video signals between devices in non-networked applications; these might include equipment such as headphones and microphones.

Patch cables are also called patch leads. The term "patch cord" is sometimes used as well, but it's often associated more with non-network types of cables such as those for wiring stereo components.

Patch cables are different from other types in that they're made to be more flexible than standard stiff, bulky copper cables. Patch cables always have connectors at both ends. 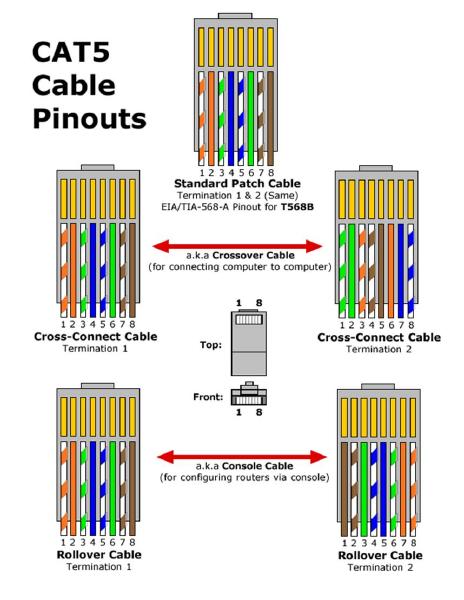